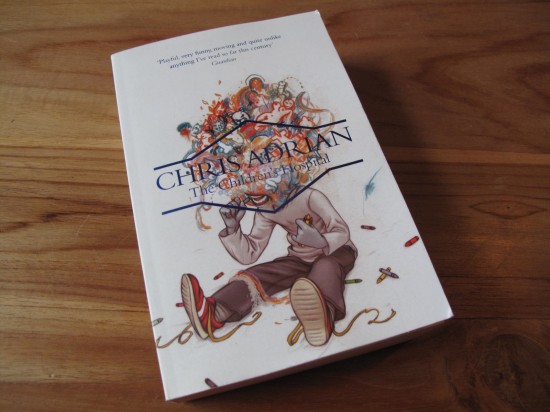 Where to begin? This sure was a different story than what I expected it to be when I picked it up from the bookstore. I had never heard of Chris Adrian before but apparently this is his second novel out of three. The book was hidden in some corner at the lowest shelf near the floor and lowered in price, but it looked so interesting to me once I had a look at it. It took me quite some time to finish it, and during the first half of the book every time I put it away I just kept saying ‘This is the weirdest story I’ve ever read’. A few times I wondered if it was worth it, because it doesn’t always move quickly and it’s not the thinnest book, but whenever I paused and thought about it, I’d realise I had this confused and surprised smirk on my face; it was too intriguing to let go! Now I’m really happy I kept reading till the end.

The story is about The Children’s Hospital, which is the only building left after the world gets flooded under seven miles of water. Everyone that happened to be in the Hospital at that time are the only ones still alive. That in itself is surreal already, but it doesn’t take long before it gets way more surreal than that. It appears that the architect who’d built this hospital, had been warned up front by The Angel. What angel? The angel that lives in the walls of the building and is sort of in control of everything that happens, to a certain extent. The first few days the windows are blackened and the entrance to the roof is locked, so that no one can see what is happening outside. The hospital also suddenly seems a lot bigger so that there is room for everyone to live, and there are replicators everywhere so that food and whatever else is not a problem. All the admitted kids are suddenly much sicker without really getting better since The Thing, as the main character describes the moment of flooding. That main character would be Jemma Claflin, a third year medical student who hasn’t had the easiest life and isn’t really into this whole medical profession either.

“Surgical interns entered the program healthy, ambitious, and beautiful, but the call and the toxic atmosphere wore on them; their souls shrank to nubbins while their asses bloomed into soft, marvellous pillows, and they became giant grub-like creatures that could perform a one-handed Kasai procedure, but when placed in the sun, made a mewling noise, and asked to be taken in, and to be fed fried food. Vivian said they were corrupt before they started, that the surgical muse called her slaves from among the evil dead, but Jemma disagreed, and had always thought it was sad, even in the most hellish days and nights of her surgery clerkship, even when a lady very like Dolores had ordered her to wear a truncated dunce cap during a pancreatectomy, how they were corrupted, how their bravery was corrupted to hubris, their genius corrupted to cleverness, their compassion corrupted to disdain, their patients corrupted to meat.” (p. 220)

Although it’s mainly from Jemma’s perspective, the story is written from a few different ones as well. Whether that’s The Angel, Jemma’s late brother who always keeps an eye on her still, a random nurse or doctor or Jemma’s best friend. That sounds like a lot, and it is sometimes – if I’d be confused while reading this book, that would often be the reason. The chapters of the angel’s perspective are all very short and written in a slightly more poetic-ish style than the rest of the book, as you can maybe see in the picture below. 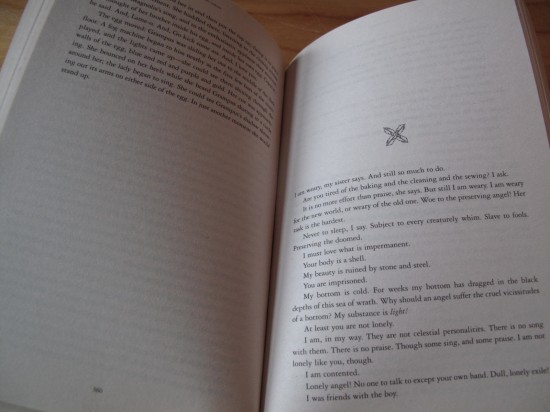 All through the whole book there is a lot of detailed and correct medical info and terms, which I love. A lot of different diseases are treated and the way Adrian writes about them is professional enough to feel clever while reading it, but casual enough for it not to seem too pretentious within the story. Not once did he mention Cystic Fibrosis before, until he just happens to describe this certain boy; the way he behaves, who his girlfriend is, what he looks like, etc. And then suddenly:

“He was the best fed CF kid she had ever seen. Usually they were blond and thin and pale and looked like they might cough blood on you as soon as smile at you.” (p. 90)

And then that’s all he writes about it as well at that point, which really made me laugh! CF is being written about a few more times later on in the book, but always just in that same yeahwhateverthesearethefactsbutitsjustpartofthestory kind of way, and often quite funny.

Maybe it’s because I struggle keeping my own sentences short enough, but I really like his way of writing these ever lasting lines. Even though they break the rules I don’t think they’re too chaotic. Instead I find that it really shows however the person from whom’s perspective it’s written is feeling, and what their mental state is like at that moment. I love how Adrian took the freedom to for example quote people in the middle of a sentence without the proper punctuation marks or capital letters, and yet you’re always able to follow what’s going on.

“In a little while the telephone finally began to ring. She let it ring and ring, answering it only in her mind. You must marry me, Rob said, and her brother said, You swore never to marry – if you thought the end of the world was bad, just wait and see what happens when you break your promise. Her mother asked, Where is it written that a woman’s got to suffer like I do? and her father said, If you become a physician I will disown you. I love you, Rob said. Pick up the phone and I’ll say it for real. Junkie bitch, Jarvis said, stupid motherfucking busybody whore. I was happy where I was, and now I’m fucking dead.” (p. 192)

There are many more quotes that I would love to show you here, quite beautiful and emotional ones too (that might have to do with the fact that I think Jemma becomes more and more loveable the further the story continues), but I’m scared that they have the potential of giving away too much of the story. I’m telling you, if you have a bit of perseverance it is absolutely well worth your time to read this book for yourself and find those quotes as well.

I think this is one of those books which you appreciate even more once you’ve finished it, because you suddenly realise more clearly what processes took place. They were just so well woven into everything else that you barely noticed them before. It’s going to be one for the books (h-a-h-a, see what I did there?), one that I’ll remember for a long time to come – not for the least because of the tears that were shed towards the end. 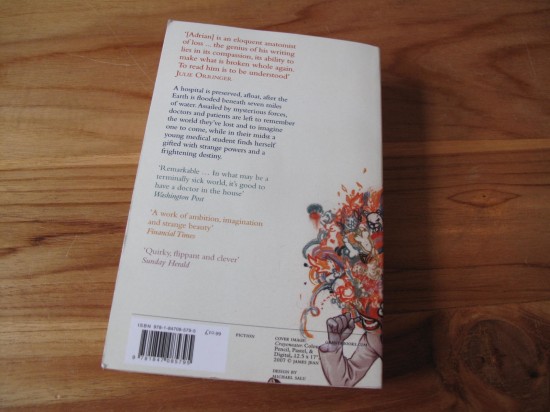